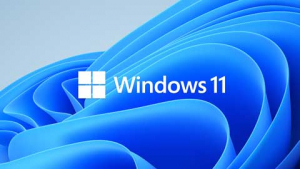 A summary updated review of Windows 11

If you like new shiny things then go for it. You might not have a choice as new laptops and desktops come with Windows 11 as standard (Although we can install Windows 10 if you would prefer).

Should you upgrade from Windows 10 to Windows 11? I wouldn’t!

It seams to be more about making money than actually helping the user. I find it so frustrating that Microsoft feel it necessary to keep reinventing the wheel. Users don’t want to give their details away, so why ask in the first place? Users don’t want for their desktop to keep changing. It’s a bit like supermarkets moving the bread isle. Just annoying! Most of the people we deal with still say that XP or Windows 7 was great.

Most of our users want to simply use the Internet, do emails, print stuff, look at their photos, listen to music and write documents. Perhaps some want to play games, but it is the game that is important not the operating system… Rant over!